Is it even possible to play with WOSP till the end of the world... and one day more?

It was a game that was full of emotions, but we did it again! We have won another WOSP Golden Heart!

Did you know that the prizes in the Most Generous Donors' Auction are the Golden Hearts made of gold received during previous finals? Each of them has been numbered. Ippon Group already has 4 of them and this means that supporting this beautiful action has become our annual tradition! 2018, 2019, 2020, 2021... numbered from 049 to 054 (out of 100). We will not stop there! We will play with WOSP till the end of the world... and one day more! 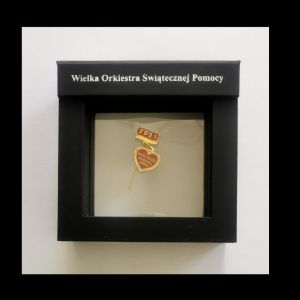 Another support of us goes to The Olsztyn Provincial Hospital!

We have just made a donation of a diagnostic and surgical table to the local Provincial Specialist Hospital.

This is our next support for this institution, previous ones, in the form of medical and IT equipment, has already been used to the benefit of the Gastroenterology Ward patients. We are proud to help those in need, wisely supporting those who need it the most. We believe that responsible business should go hand in hand with a social responsibility, which is why we engage in such local initiatives. Everyone has the opportunity to make this world a better place, so let's do it within our means! 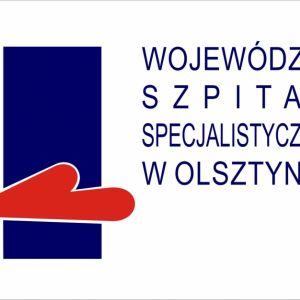 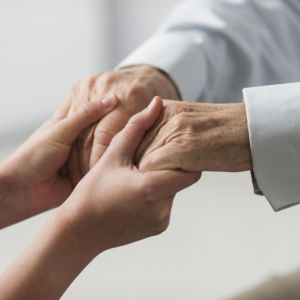 Ippon Group again among the Most Generous Donors of the Great Orchestra of Christmas Charity!

In the 29th "Finale with a Head" the Great Orchestra of Christmas Charity collected in total: PLN 127,495,626. Big congratulations to big hearts of all donors!

We are happy that we can participate in it, adding our contribution to this wonderful initiative. This year's amount that Ippon Group supported the Orchestra by auctioning off it's consecutive gold heart is PLN 29,200. We have been taking part in the Most Generous Donors Auctions for many years. Supporting this initiative by winning gold hearts has become a tradition for us and we will play with them until the end of the world and one day more! 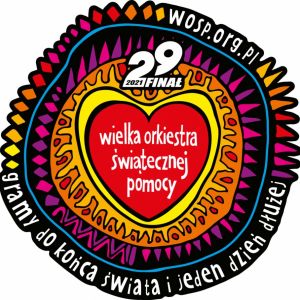 Joy to the world! Wonderful Christmas for all children!

As we do every year, we supported the "Future for Children Foundation" to bring smiles and joy to children for Christmas. This year we prepared beautiful presents for a nine-month-old Gabrysia and her numerous siblings. We passed them to the foundation before Christmas, so that they could give them to the family and reach those children under the Christmas tree exactly on the Christmas Eve (as befits a real Santa Claus). Toys, clothes, accessories for learning and playing, all that and much more could be found under their Christmas tree, not only by Gabrysia, but also Amelka, Adrian, Jakub, Kacper and Agnieszka. We hope that the whole family had a wonderful Christmas because of it!

"Every year we organize Christmas packages for the mentees of the Future for Children Foundation. Since the beginning of our company it has been it's ambassador. We are always willing to support it in many areas, e.g. by engaging in initiatives such as "Kilometres of Good" or "Christmas with Future". The strong position of our brand obliges us to take up socially important issues, which is exactly what the foundation stands for. - Anna Bocian, the president of Ippon Group, the developer of the Aurora residential estate." 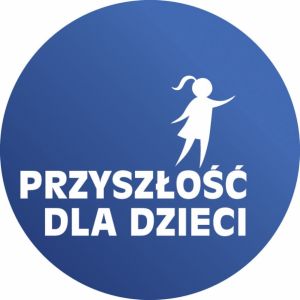 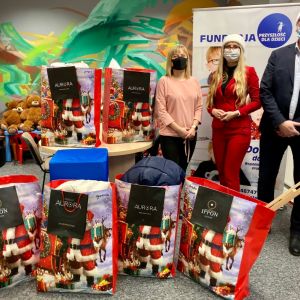 We bid on golden hearts in the 28th final of the Great Orchestra of Christmas Charity (WOŚP) - January 12, 2020.

The auction of the Most Generous Donors is over! This is one of the most exciting moments during the final bid of the Fundacja Wielka Orkiestra Świątecznej Pomocy.

This is the amount in the bidding pool of all the Golden Hearts, which ended this year's auction in brilliant style! During the "auction", the eyes of viewers and Internet users are always turned towards the General Staff in Warsaw. The amount for which the Ippon Group auctioned the golden heart was PLN 23,101!

Holidays are a special time in which we remember not only about our loved ones, but also about those in need. We support many charity initiatives aimed at helping children and adults with health problems. Every year we help the children of the Future for Children Foundation, this year could not be different.

The vice-president of Ippon Group, Anna Bocian, summed up this year's charity campaign: - “We are glad that in such a magical and extraordinary time as Christmas we can play Santa's helpers for a moment and give gifts to families that need support. The smiles of the youngest are invaluable to us, and their joy is a reward for the entire team.
Article: http://przyszloscdladzieci.org/624866,Warto-dzielic-sie-dobrem.html 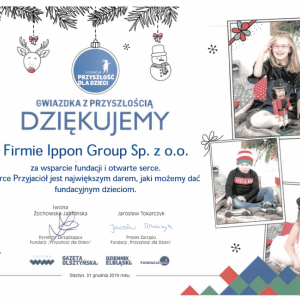 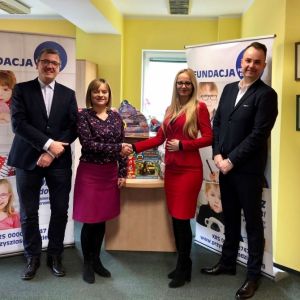 We are delighted to be able to support such a noble cause and take part in this important event - the 2nd Maltese Charity Concert for the Maltese Aid Center in Barczewo which took place on Saturday, October 19 at the Warmian-Masurian Philharmonic in Olsztyn.
The funds from the concert will be used to support Maltese charitable actions in the Warmian-Masurian region: the Regional Hospital of Maltese Aid of blessed Gerard in Barczewo and the and the Archangel Michael's Nursing Home in Szyldak.
The first one is a care and treatment facility for people who require palliative care - mostly patients with various neurological conditions that require round-the-clock medical care. The facility in Szydlak is a place of permanent residence for approx. 80 patients suffering from chronic diseases of the nervous system. 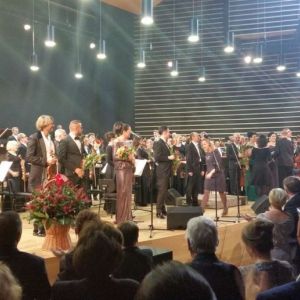 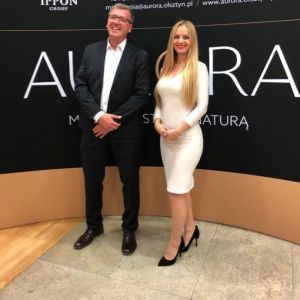 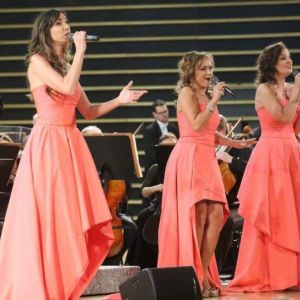 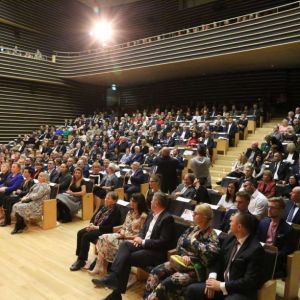 As the ambassador of the Przyszłość dla Dzieci (Future for Children) foundation, on June 2, 2019, we participated in the 5th final of the "kilometres of good" campaign, which took place in the Kusociński Park in Olsztyn. The aim was to raise funds for the treatment and rehabilitation of children from Warmia and Mazury and the purchase of necessary medical equipment.

This event was one of the most energetic events in our province in June! It attracted hundreds of residents. Olsztyn and guests from the region who had fun during the family picnic which was the finale of the nationwide campaign "Kilometres of Good". The main attraction of the event was the charity III Run for the Gold Coin. The picnic was a form of thank you to the inhabitants of the city and the region for their support. Together with our animators, we collected funds for the Foundation. Every child left our tent very happy! All thanks tour volunteers who engaged in face painting to make the kids even happier as seen in our photo report. 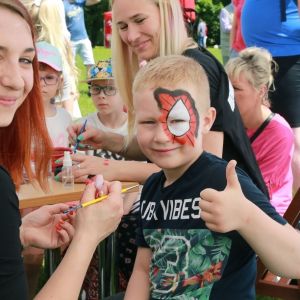 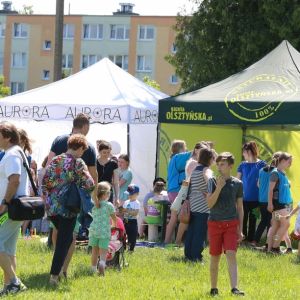 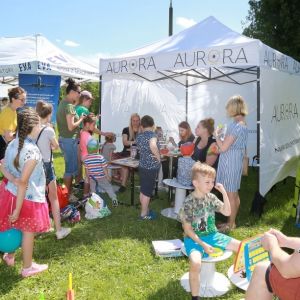 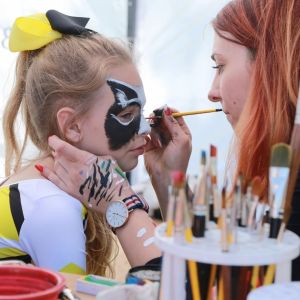 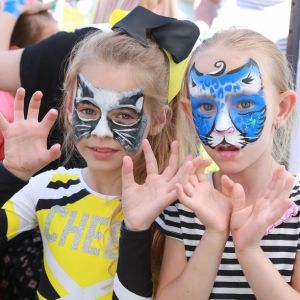 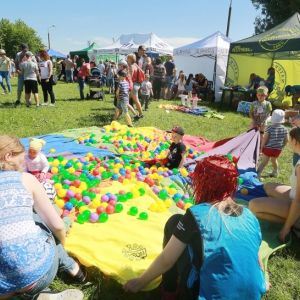 The Golden Hearts are prizes from auctions for the most generous donors. They are one of the most important projects carried out during the Final of the Great Orchestra of Christmas Charity. It is the most prestigious symbol of social commitment of both individuals and companies. That's why we take part in this auction every year. 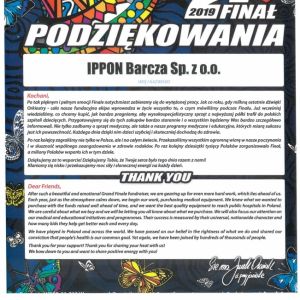 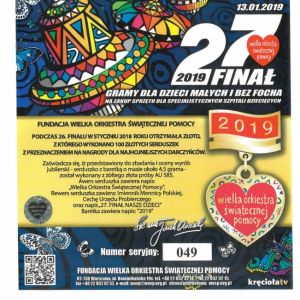 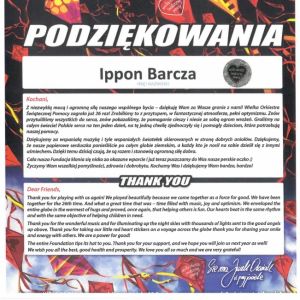 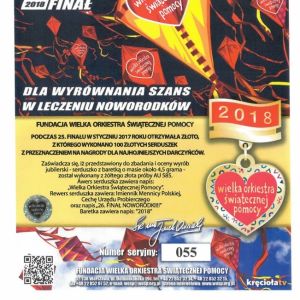 Since the very beginning, we have been supporting the children of the Future for Children Foundation in Olsztyn. We remember about them especially in such a special period as Christmas is for Poles. We finance Christmas gifts for the foundation's children. We also help throughout the year, but Christmas is a special time, and giving is of great importance to us. This way, we can emphasize how important is the other person and care for others. It is always a good end a year and the belief that the next one will also be as good and equally fruitful. Helping is our passion. By taking part in charitable actions we also unite our team. We are involved because Christmas is a time to share with those who have difficulties on a daily basis. Charity bonds everone. 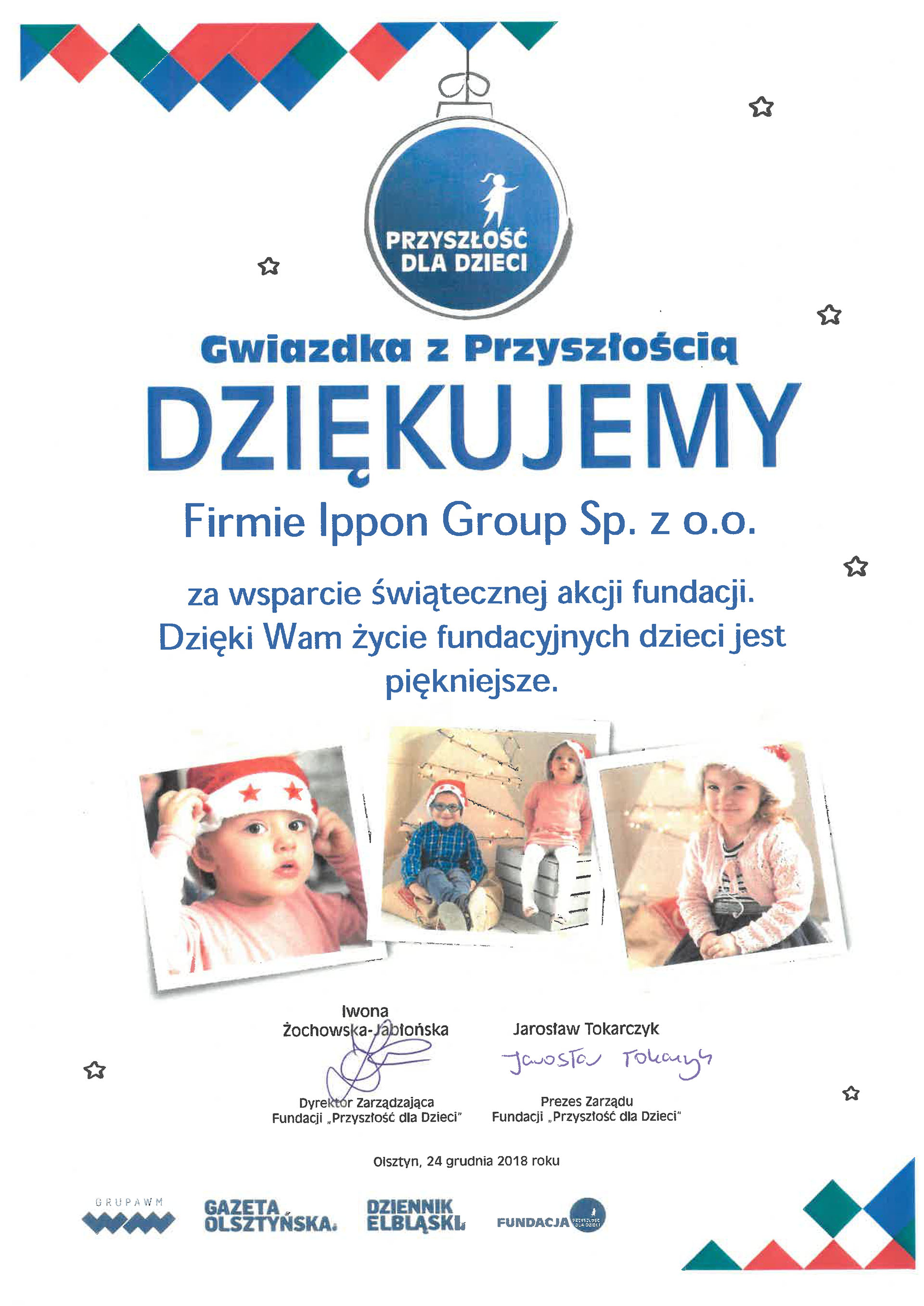